AI is becoming part of our daily lives without us even knowing it. Here’s what’s going on with AI now, and what’s coming.

One of the big topics in technology today is artificial intelligence (AI). You have probably seen examples of AI in television shows and movies, where robots that look similar to (or sometimes exactly like) humans do all of our work for us, leaving us to pursue our leisure activities freely; in these imagined worlds, robots are our mechanical, unpaid servants, who are programmed to only want to do our bidding. There have been some exhibits of imaginings of this kind of future at world and national fairs, and there was even one at the Disney World theme parks for a long time called The Carousel of Progress. 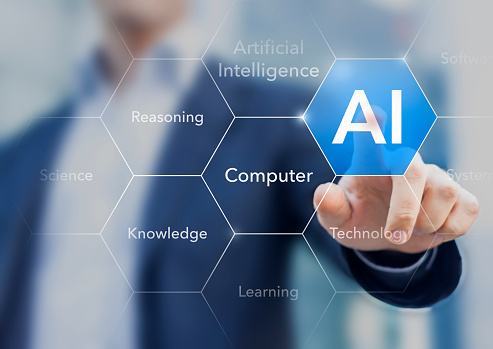 While we may not be at the point of having a class of robot servants at our disposal just yet in our society, we are getting close. AI is already used in many everyday applications. If you have ever used SIRI or an Amazon Echo, where you talk to a machine, usually asking it questions, and it responds with the information you were seeking, you have used AI. Much of modern AI is data-based, with machines known as “bots” looking up information for us. The bots are trained to learn based on how we speak to them, so after we have had them for a while, we can ask them the vaguest of questions, and they can give us back incredibly accurate information. They may even find information we didn’t know we were seeking, or an amazing deal on something like a flight or a retail object we didn’t know about at the time. The bots are even programmed to ask you to provide more information if they need it in order to answer your initial question.

This type of AI is becoming a common part of our lives, so much so we often don’t even think about it. Only a few decades ago, it would have seemed strange to ask a robot to find what local store was selling that must-have Christmas toy at the cheapest price, or to ask it to use your pre-programmed credit card information to book a flight for you. Now, it just seems normal, like this is how the world works now. And, it’s true. The world does work like this now, and the AI we are currently using is going to seem primitive in comparison to the AI we will be using in the future. The world of AI is becoming more sophisticated, and is being gradually integrated into our lives without us even knowing it.

There are already machines that are being programmed to send information about their mechanics and electronics back to monitoring companies, so the health of those machines can be examined in real time from afar. This allows maintenance crews to be sent out to fix things before a problem actually occurs. There is already a company called ThyssenKrupp that is doing exactly this with elevators across entire cities. With ThyssenKrupp’s AI, elevators in public buildings, and private ones that subscribe to the service, will always be safe for anyone to ride, because any potential issues with their service or reliability will have been handled long before anyone boards them.

More AI is being developed to do similar things, and it is being designed to be intelligent like the bots of today. AI will continue to be programmed to learn, and it will soon be learning new things on its own, much as humans and animals do. It will be integrated into the technology you already use every day, so adopting it will be seamless for you. It won’t seem strange. Instead, it will appear like a normal part of the world, when once it was only in the realm of science fiction.

And, yes, those robots that look like humans that are supposed to do all our housework for us are already being developed in Japan. One day, even those will be a reality, and not just something you see on TV and in the movies. Better start making room for those mechanical servants now, because they’re coming.